I've had the car for a while now so I thought I'd start one of these project threads.

Most people have seen the car but I'll give you the full run down just in case.

The previous owner did the following mods:

Since buying the car I have fitted:

I also pulled off the rear spoiler and covered over the holes with some rubber grommets until I get around to getting them filled and painted properly.

At this stage I'm happy with the amount of power the car has and want to concentrate on suspension modifications first. As yet I haven't decide what order I want to do things in - but the ricer in me wants to get springs first to get rid of the 4WD ride height, where-as sway bars and alignment bits would probably give me the biggest performance increase. Either way, I'll need to save a little more first

There are a few pics (now outdated) here:

And this is one I took with my phone on saturday after putting the S15 wheels on: 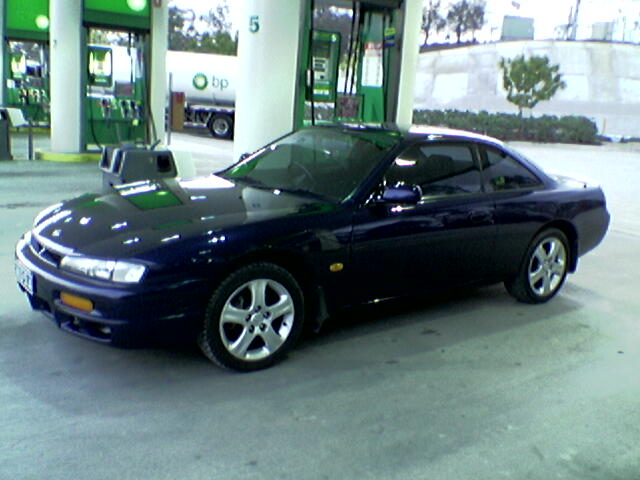 have you run it on the dyno yet?
I just don't know if people like me. I know when they don't like me 'cause they'll say things like, 'Yeah, that's him, officer.'
Top

Not with the AVC-R setup properly. Will have to run it again after messing around with it a bit more.

the s15 wheels look nice! did you find any missing paint where the spoiler connects to the boot?
Top

No missing paint... but there are marks in it from the rubber seal. I tried polishing the marks out but I don't have a polish that cuts deep enough.

it cost me $170 to get the boot whelded and sprayed. well worth it
Top

Where'd you get that done?

nice car, me looking for one nows any tips when looking at them dan ?
Top

What boost were you running when you put out 168kw?
Top

i think it eventually got to around 12 psi.. but it was really all over the place..

John helped me set it up a little better since then, it still spikes a little bit but after that it holds pretty well.

pfft, it would take me too long to change the boost to do that